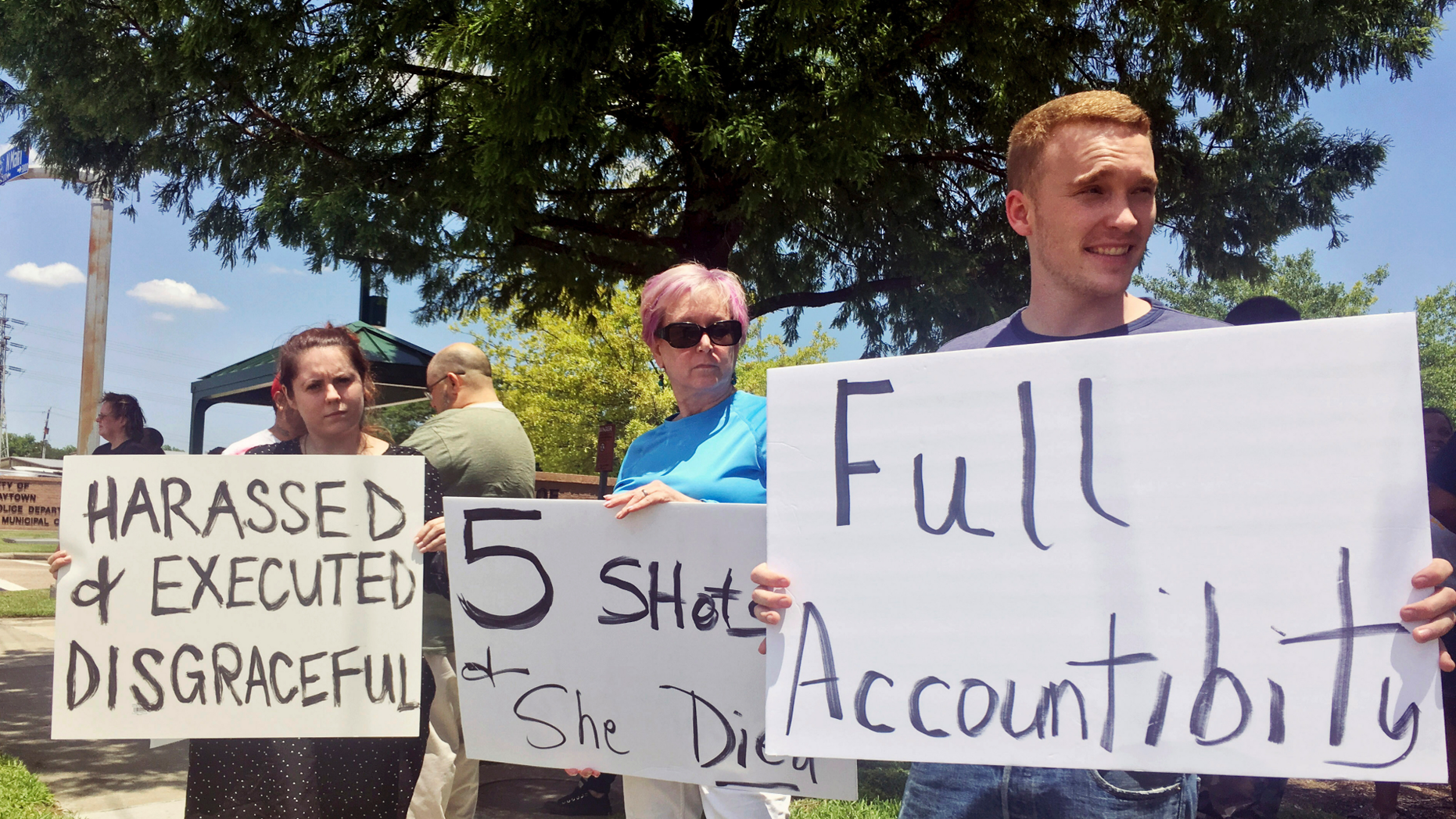 A Houston-area police officer fatally shot a woman who told him she was pregnant after she wrestled his Taser away from him and used it on him Monday night.

The officer tried to render aid after the shooting, Houston television station KTRK reported, but the woman died at the scene.

The video shows the officer apparently trying to handcuff the woman, but she breaks free. Authorities said she was wanted on warrants for assault and criminal mischief, and the officer knew her from previous interactions.

It has not been confirmed whether she was pregnant and a post-mortem will be carried out to establish if she was.

Because a "struggle ensued", the officer was forced to Tase the woman with his department-issued Taser, the release states.

In the video posted on Snapchat, a woman is heard saying "You're actually harassing me". The woman, who is on the ground, appeared to reach towards the officer, and then he fired five shots.

Suns F Josh Jackson charged with resisting arrest and escape in Florida
Jackson sat on a nearby golf cart as instructed, but when Manzelli stepped away, Jackson stood up and began to walk away. Jackson tried to enter VIP area many times without proper pass, source says.

As the officer keeps trying to arrest the woman, she flails her arms and yells, "I'm pregnant!"

The incident happened in December 2017 as the Austin officer responded to a report of a stabbing at an apartment complex and came across 52-year-old Aubrey Garrett in the act of attacking the victim. "Of course, our hearts go out to the families of the deceased as well as our officer". The Harris County District Attorney's Office is assisting in the investigation. "It's extremely disrespectful for everybody involved".

The woman's name has not been released, pending notification of her family. "It was a sad situation", Cuellar said. "But that's the day and age we live in with social media".

Paid administrative leave is "not a vacation", Dorris said. "(She) actually tased the officer, which forced the officer to draw his duty weapon and fire multiple rounds at the suspect". "We would often see her, see her walk her dog around".

Conversations about implicit bias and their deadly consequences have been a major part of the past decade, and video recordings of encounters between civilians and police have helped raise awareness of police use of force.