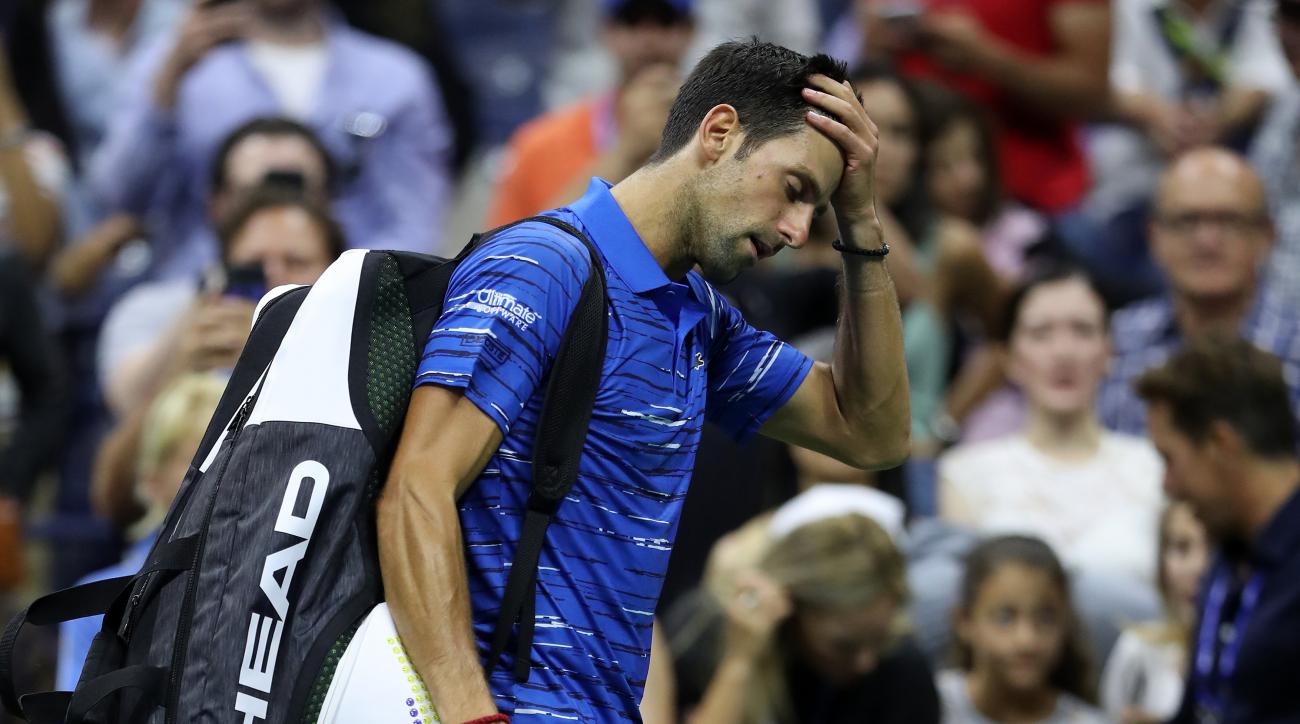 Djokovic - the No. 1 player in the world and the defending champion - suddenly retired during the third set of his fourth-round match against Switzerland's Stan Wawrinka at Arthur Ashe Stadium in NY due to a left shoulder injury.

Djokovic began complaining about his left shoulder during a second-round victory on Wednesday, when he repeatedly got massaged by a trainer during changeovers.

He said he felt "almost pain-free" following a straight-sets win over Denis Kudla in the third round, but the problem resurfaced against Wawrinka in the first meeting between the pair since the US Open final three years ago.

Djokovic, who has been battling a left shoulder injury, elected to retire in the third set when Wawrinka was leading by a break, eliciting boos from the Arthur Ashe Stadium crowd. "He's a good friend, fantastic champion".

Nirmala Sitharaman: PNB, Oriental Bank and United Bank to be merged
The Union Bank of India will take over the Andhra Bank and the Corporation Bank to become the fifth-largest public sector bank. Apart from injecting more funds, the government is also taking steps to strengthen the banks' boards oversight capabilities.

The shoulder issue flared up earlier this week and almost saw Djokovic knocked out in the second round on Wednesday but the 32-year-old seemed to have recovered by Friday when he won in straight sets to reach the last 16. The victor will face either Roger Federer or Grigor Dimitrov in the semis, while Rafael Nadal looms as a potential finalist from the other side of the draw. When I came to practice here I was moving well, playing well.

He won his next match Friday, looking good and declaring his shoulder much improved, although he refused to disclose any details of the injury or what type of treatment he had received.

Djokovic entered the night with a 19-5 head-to-head edge against Wawrinka across their careers.

"You just know when you know, I guess", Djokovic said, "when you feel like you're not able to hit (a) shot anymore".

Osasuna hold Barca to a 2-2 draw at El Sadar!