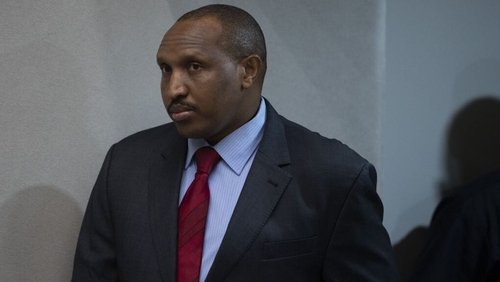 Ntaganda is one of five Congolese warlords to have been brought before the ICC, which was set up in 2002 as an independent worldwide body to prosecute those accused of the world's worst crimes.

Bosco Ntaganda was found guilty of 13 counts of war crimes and five counts of crimes against humanity in July.

This is the heaviest sentence ever handed down by the ICC which is based in the Hague.

Ntaganda stood motionless in the high-security courtroom as he listened through headphones while the judgement was read out.

The Rwanda-born 46-year-old former rebel has already appealed against his conviction.

A statement from the ICC said the time Ntaganda has spent in detention at the ICC - from March 22, 2013 to November 7- will be deducted from this sentence.

In 2013 Ntaganda became the first ever suspect to surrender to the court, after walking into the United States embassy in the Rwandan capital Kigali.

The court considered it to be proven that such crimes occurred while Ntaganda headed the Patriotic Forces for the Liberation of Congo (FPLC) - the military wing of the Union of Congolese Patriots political group - in north-eastern Ituri province, between 2002 and 2003.

Ohio State’s Chase Young out vs. Maryland over possible NCAA violation
Ohio State's news release included no statement from Young, who has not been available to the media since after the game. Ohio State stud defensive end Chase Young is facing an "indefinite suspension" this season, per Letterman Row.

The court heard fearful villagers dubbed him "Terminator", after the film featuring Arnold Schwarzenegger as a merciless robotic killer, during two bloody operations by Ntaganda's soldiers against civilians in rival villages in 2002 and 2003.

The sentence is the longest handed down by the ICC and he also becomes the first person to be convicted of sexual slavery.

Ntaganda remained at large for seven years after his indictment was issued in 2006, irritating judicial officials with occasional appearances in public.

Violence in the region has killed more than 60,000 people since 1999 as militias battle each other for control of scarce mineral resources, rights groups say.

During his trial Ntaganda was portrayed as the ruthless leader of ethnic Tutsi revolts amid the wars that convulsed the DRC after the 1994 genocide of Tutsis in neighbouring Rwanda.

They also decribed the "systematic rape" of the UPC's female members by their fellow militants under Ntaganda's leadership including the rape of a child soldier as young as 9.

He became a general in the Congolese national army but defected and sparked a rebellion resulting in massive displacement of citizens. The ICC's focus so far on Africa has angered some on the continent who see the worldwide body as unfairly targeting Africans.