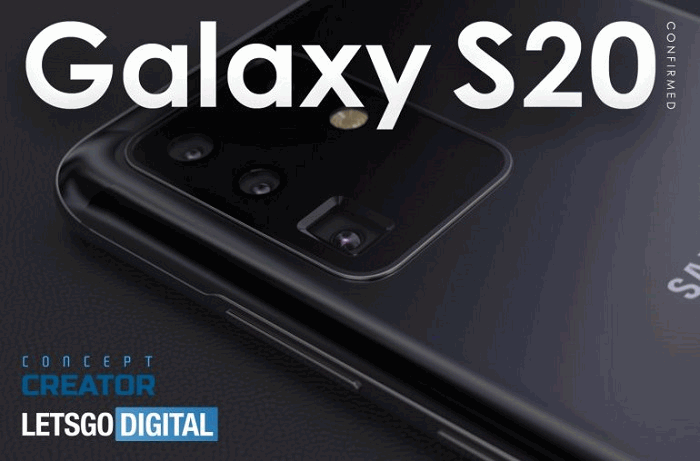 We're expecting to see a new Samsung Galaxy Fold 2 debut alongside the Galaxy S11 (or S20) on February 11, and while we've got a vague idea of what it will look like, we're still not sure what it will be called - and now yet another name has been brought up. Samsung will likely offer 5G variants of all three models.

From the other pictures, it's also evident that there's a circular hole-punch camera at the top of the screen (similar to the one on the recent Galaxy S10 Lite, shown at the top of this story), and four rear cameras in a rectangular patch. The basic configuration of the Galaxy S20 Ultra 5G will feature 12GB of memory and 256GB of storage. The cameras on the back of the Galaxy S 20+ 5G and Galaxy S20 5G will include a 12MP primary, a telephoto camera, and ultra-wide camera and a ToF depth sensor.

This is not the first time we're hearing of a Z series Samsung phone. Last year, there was a preponderance of smartphones with 90Hz refresh rates. As expected, the Galaxy S20 will end a signature Samsung design element by opting for a vertical placement of the camera setup. Samsung will either have to add the in-house Exynos 5100 5G modem to the Exynos 9611 SoC inside the Galaxy A51 or equip it with a new 5G SoC or even MediaTek's new Dimensity 1000 5G chip.

IANS also reports that the Samsung Galaxy Note 10 Lite, which comes with the signature S Pen, will be available in two variants - 6GB RAM and 8GB RAM. According to XDA's source, the display is flat, as opposed to those with curved sides like on the Galaxy S10 and previous iterations. This suggests that the device will use more like the 2.5D glass of the Note series.

Just days ago, it was reported that the new foldable phone from Samsung would be called the Galaxy Bloom.

We'll keep you posted with any further news, info and developments on the topic.

Popeyes Gives $10,000 to Woman Who Bungled on Family Feud

U.S. tried to take out another Iranian leader, but failed