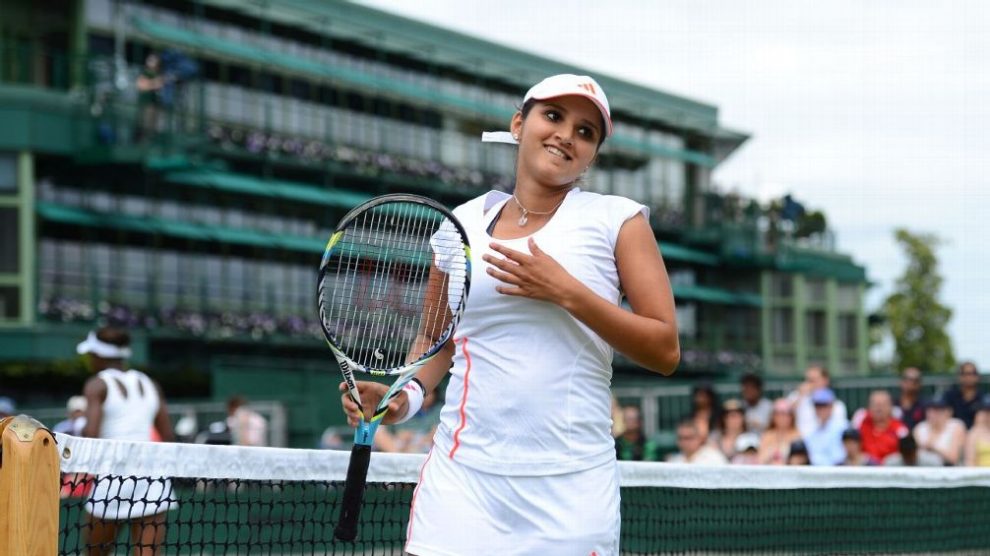 After a gap of nearly 2 years, Sania Mirza made a grand comeback to the tennis court with an opening-round win in women's doubles at Hobart International on Tuesday, and this match was very special for her.

In a gripping showdown, Sania and Kichenok didn't get off to a particularly good start as they made two double faults, failed to convert any of the seven breakpoints and lost their serve twice to fall 2: 6 behind the opening set.

They will next face American duo of Vania King and Christina McHale for a place in the semi-finals.

Andres Iniesta Slams Barcelona Over 'Ugly' Situation With Manager Ernesto Valverde
Xavi said he met with Barcelona sports director Eric Abidal on Friday in Doha but did not reveal the nature of the meeting. The Catalan club are expected to part company with Ernesto Valverde as soon as they can find a replacement.

Both the teams converted three break points each as the set went into a tie-breaker in which Sania and Kichenok nosed ahead of their opponents to draw even. He scored a fine performance in the tiebreaker. Sania was away from tennis for two years after becoming a mother. The 33-year-old last played at China Open in October 2017 and is now using a protected ranking.

She gave birth to a boy, named Izhaan Mirza Malik, in October 2018.

As for her next opponent in the ongoing tournament, she, along with Kichenok, would be facing the United States pair of Christina McHale and Vania King. He quit playing solo tennis in 2013.

While she has also won four singles WTA titles, she has had considerable success in doubles, winning 41 titles. She has been battling wrist and knee injuries continuously in her career.