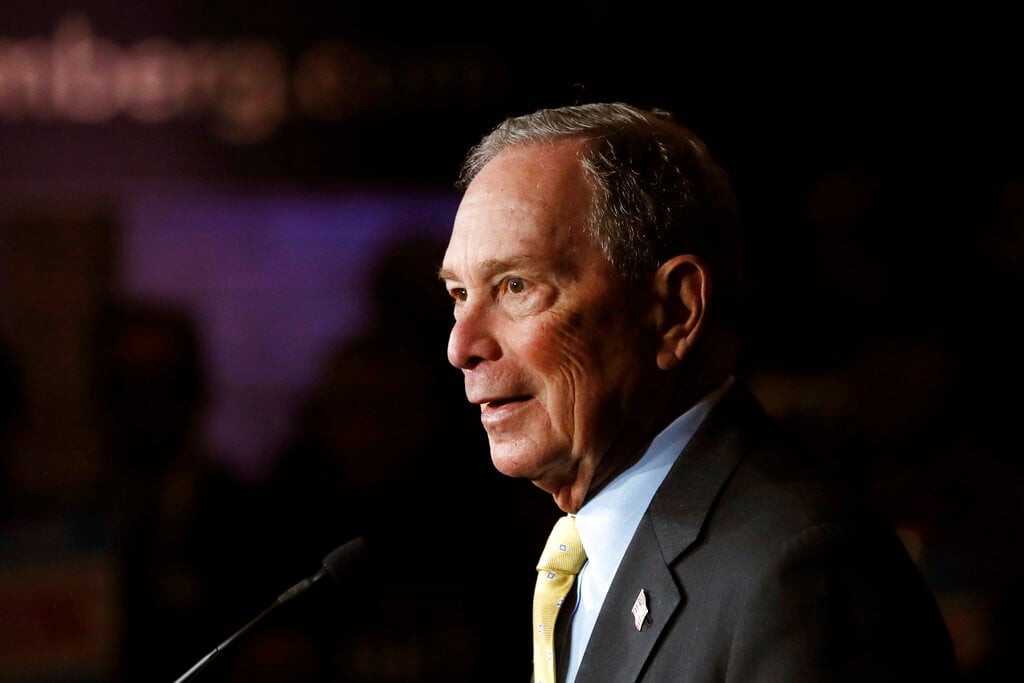 Bloomberg apologised for his stop-and-frisk policy before announcing his candidacy in November
Deanna Wagner | 14 February, 2020, 23:42

The new, self-deprecating Instagram memes show fake messages between Bloomberg and the meme accounts, poking fun at the idea of him paying social influencers to ingratiate himself with young voters. Campaigns that avoid using the tool, as Bloomberg had, risk having their accounts suspended.

Bloomberg's campaign is offering social media influencers a fixed $150 fee to create content that "tells us why Mike Bloomberg is the electable candidate who can rise above the fray, work across the aisle so ALL Americans feel heard & respected,"The Daily Beast reported last week".

These rules require political ads to display who had paid for them.

The post included a doctored photo of Bloomberg looking short. Bloomberg's doctor said in December that the former mayor is actually 5 foot, 7 inches, a few inches taller than Trump's claim, according to a letter released by the campaign.

Kobe and Gianna Bryant Memorial
We're told the seats that remain will be sold to the public at a price that reflects the memories of Kobe and Gigi. Those invited to participate will receive a unique access code and link to access the sale.

A post by @fuckjerry, an account with nearly 15 million followers, shows an exchange where Bloomberg is shown asking, "Can you post a meme that lets everyone know I'm the cool candidate?"

One depicted him asking an influencer: "Can you make a viral meme to let the younger demographic know I'm the cool candidate?" Bloomberg wrote in one of the exchanges posted by an Instagram account with almost 15 million followers.

Michael Bloomberg's campaign said Thursday it has invested in sponsored Instagram meme content in a new illustration of his record spending aimed at securing the Democratic presidential nomination.

Bloomberg could appear on the debate stage for the first time in Las Vegas next week, after the Democratic National Committee changed its qualifying rules to drop the requirement that a candidate must ascertain a certain number of unique donors, prompting complaints from his 2020 rivals.