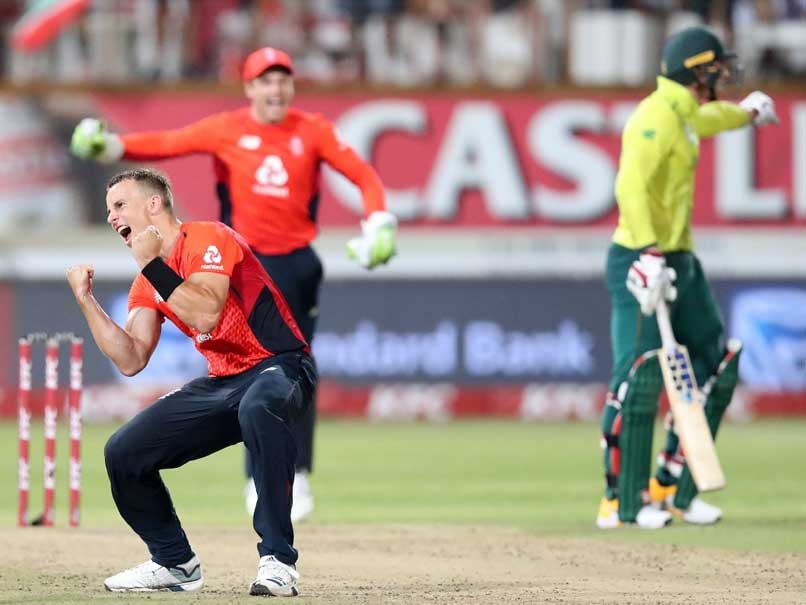 Veteran South Africa pacer Dale Steyn on Wednesday became the country's leading wicket-taker in the shortest format during the first Twenty-20 global against England at the Buffalo Park in Eastern Cape.

England's approach in the last two overs was baffling with the visitors ruing what should have been a relatively easy win as they failed to chase down 7 runs in the final over to see South Africa defend their 177 by the sole run. Needing three runs off the last ball to win, and two to tie and force a Super Over, Adil Rashid got one and was run out coming back for the second.

"You run in as laborious as you possibly can and hit your size. All of a sudden their team was on the back foot", said Ngidi who was named man-of-the-match for his 3-30. "It's a great game to play in because you learn a lot about players' composure in that situation".

He could not beat a calm return from midwicket from veteran fast bowler Dale Steyn.

Van Der Dussen followed suit off Rashid to bring up South Africa's 100 before escaping what seemed a plumb lbw off the leg-spinner, technology showing a full-toss would have crept by leg stump, to nearly everyone's bemusement.

South Africa captain Quinton de Kock mentioned both teams had a hard time to score easily towards completion of their innings as the ball got softer and the bounce lower. "Experiences like this, significantly with the (T20) World Cup across the nook, are so precious". After conceding 41 runs from his three overs in the opening game, Tom Curran could be replaced by brother Sam who would offer a left-arm angle as well as some added strength to the batting. Both teams were under pressure.

But Morgan and his team live by the sword and, occasionally, die by it too - part of the reason why they are so exciting to watch and also such a formidable outfit in the game's shortest formats.

"There were faults in what we did and when you lose a game by one run there are many things you can look at".

Both innings followed a comparable pattern.

Morgan seemed set to take his team to victory, hitting Beuran Hendricks for two fours and a six in the penultimate over before holing out off the last ball of the over after making 52.

After being put in by England, the hosts got off to an electric start as De Kock scored a quickfire 31 off 15 balls, with Temba Bavuma keeping things moving as he put on 63 with Rassie van der Dussen. The spin twins of Moeen Ali and Adil Rashid, combined figures of 2 for 45 from eight overs in East London, remains a real trump card while Chris Jordan's death bowling was, yet again, superb.