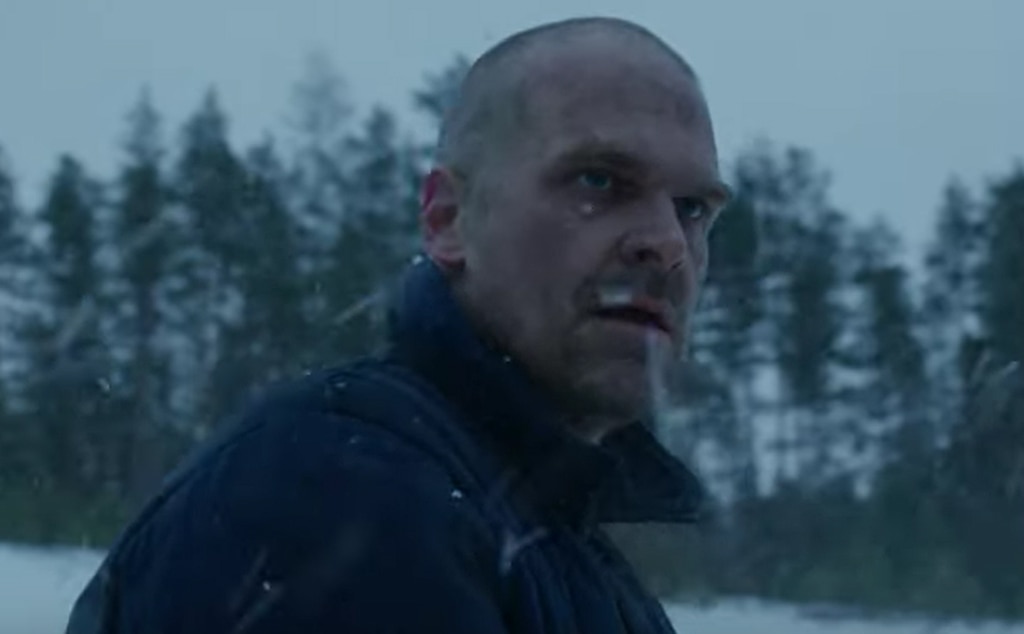 Finally, Netflix has given us the gift of a Stranger Things 4 teaser to (kind of) answer our burning questions about how they left off past year - with the biggest question, of course, being whether or not Jim Hopper died at the end of last season. Are we ready? Permission to squeal?

Things don't look great for him. The brief 30-second clip shows several Russian soldiers overseeing a prison camp, including one general that the camera lingers in for more than a second.

Since the conclusion of Season 3, the suggested death of Hopper left numerous show's dedicated followers in panic, keeping their fingers crossed that he would return onscreen again. However, his body was never shown which lead people to speculate whether he was killed, or if he jumped into The Upside Down portal. There is a jump in geography in the final scene, which takes in the far Eastern end of the USSR where guards are feeding a prisoner to an imprisoned Demogorgon, but "not the American". It was hopper after all. "Although it's not all good news for our "American"; he is imprisoned far from home in the snowy wasteland of Kamchatka, where he will face dangers both human... and other". Meanwhile, back in the states, a new horror is beginning to surface, something long buried, something that connects everything....

U.S. investigates Harvard, Yale for failure to report foreign gifts
Portman and Senator Thomas Carper, the ranking Democrat on the subcommittee, praised the crackdown on disclosure lapses. The education department has said that these investigations are about transparency and have already unearthed problems.

Obviously, there is a big, fat spoiler for the upcoming season of Stranger Things ahead - although we must point out that if the series' creatives meant to keep this plot point a secret, they probably wouldn't have dropped it into a trailer that the entire internet will soon be trumpeting about. "In the meantime-- pray for the American".

Unfortunately there is no release date teased for the next season, we'll all have to wait to find out.