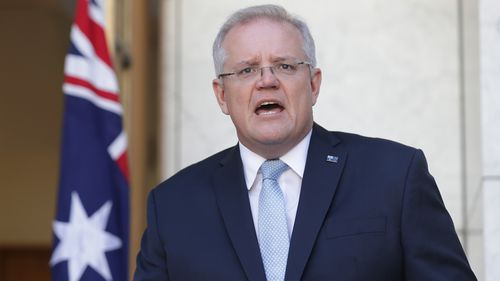 NSW was now sitting on the precipice of a more serious outbreak and had to avoid the mistakes of other countries, Ms Berejiklian said.

The Association of Independent Schools of NSW on Monday supported the state government's decision to keep schools open but ask parents to keep their children at home.

She said schools were only being kept open for families who had no other options.

"Although the advice from both the Department of Health and the Association of Independent Schools NSW is to keep schools open, we have assessed the risk for our school context as too great to remain open any longer".

"We've had a substantial increase in cases again overnight, and I don't want to see that number going up as rapidly".

These were the details of the news Australia's NSW at "critical stage" in relation to coronavirus, says premier for this day.

Like Victoria, the ACT also acted to bring forward its school holidays. Despite intense questioning from reporters, the NSW premier would not forecast what might happen when Term 2 was scheduled to begin.

President Trump: 'America will soon be open for business - very soon'
But when you're dealing with the White House, sometimes you have to say things one, two, three, four times, and then it happens. And it's not either-or. "He's not here because we weren't discussing" issues that he is best at addressing, the president said.

'However, we are recommending at this time that parents keep their children at home'. There are 13 people in ICU.

Mr Andrews said school closures - along with that of many businesses - were tough, but required to curb the spread of the illness, and he implored people to follow the isolation, social distancing and shut down rules.

The Public Service Association - which represents 17,500 non-teaching school staff across NSW - called on the Berejiklian government to follow the United Kingdom approach and close schools for all children but those of essential service workers.

The social and economic repercussions of closing all schools are huge and have a flow-on effect as many parents are unable to work while their children are at home.

"The NSW government can readily make arrangements to ensure the children of essential service workers can remain supervised by staff at school during school hours - and if needed after school care too", PSA general secretary Stewart Little said in a statement.

Ms Berejiklian hit back at critics who say she confused people with her decision to keep schools open during the outbreak but 41 per cent of state school pupils were absent on Monday.