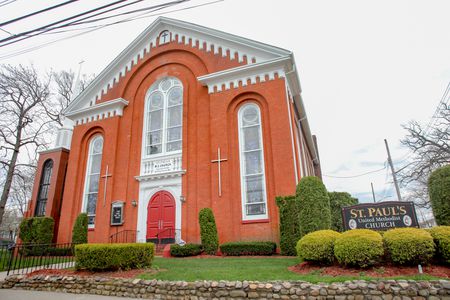 President Trump on Friday deemed churches and houses of worship "essential services" and called upon governors to allow them to open, saying he will "override" governors if they don't cooperate.

One of those Democrats, California Gov. Gavin Newsom, was warned this week by Trump's Justice Department that the state's phased-in plan to restart economic activity puts an "unfair burden" on worship by not permitting churches to open earlier in the process.

Also on Thursday, Cardinal Timothy Dolan, the archbishop of NY, announced the archdiocese's initial plans to reopen its 288 churches in Staten Island, Manhattan, the Bronx, and several upstate counties. "It's very important for your average person to understand this is not a best practice", Velasquez said.

Unsurprisingly, several state and city leaders have already expressed that they'll be abstaining from the president's orders, so I guess we'll see how he scrambles to justify that his threats weren't just hot air. "In America? The nation was founded on the very principle of free exercise of religion", she said.

"I would argue that the Christian community ought to be about thinking wisely and thoughtfully about holding worship services", Marty said.

As Japan reopens, guidelines were released for bar hostesses and other nightlife workers to wear masks, gargle every 30 minutes and disinfect karaoke microphones after each use.

"At my direction the Centers for Disease Control and Prevention is issuing guidance for communities of faith..."

The president on Friday stressed the importance of churches and said he was "identifying houses of worship - churches, synagogues and mosques - as essential places that provide essential services".

The presidential face mask Donald Trump refused to wear. We're not going to close the country.

The president, however, has projected eagerness to restart religious services.

"Some governors have deemed liquor stores and abortion clinics as essential" but not churches, he said.

Religious events helped spread the virus early in the pandemic, and resuming gatherings of the faithful is an especially thorny issue.

But Reed lauded the growing push in that direction. Rhode Island Governor Gina Raimondo said that churches would still reopen on May 30th, as previously scheduled.