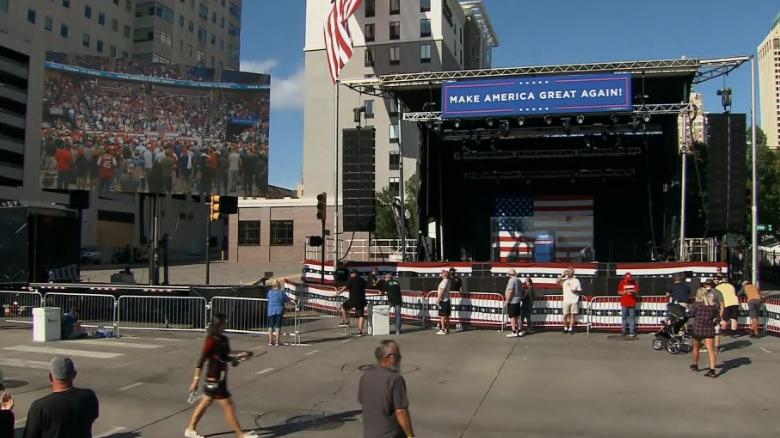 Multiple sources described the United States president as someone who bullies and belittles allies while fawning over autocratic leaders.

Senior White House aides reportedly scrambled to convince President Donald Trump to take down his retweet of a video in which one of his supporters yelled "White power!" on Sunday. McEnany said Monday that Trump had watched the video before retweeting it but didn't hear his supporter say "white power".

Turns-of-phrase like "baked in the cake" and "shocking, but unsurprising" have become cliché in the Trump era, but a Monday CNN report presented a damning overview of President Donald Trump's conduct on the world stage, particularly as it relates to his conversations with foreign leaders.

Overall, these sources painted a scathing portrait of a U.S. president who bullies and belittles allies while fawning over autocratic leaders.

The White House did not immediately return Business Insider's request for comment on Sunday.

Mr Trump was so abusive to long-standing American allies that senior USA officials became convinced he posed a national security risk, according to a report published by Carl Bernstein, the journalist who broke the Watergate scandal. Several other sources confirmed the detail to CNN as well.

Kings looking into whether Jabari Parker broke coronavirus rule
The Kings acquired Parker, the No. 2 pick in the 2014 NBA Draft, from the Atlanta Hawks in February. The Kings said in a statement they are aware of the photos and are gathering more information.

Meanwhile, private calls between Russian President Vladimir Putin and Trump sometimes had the tone of "two guys in a steam bath", according to the report.

"He's toughest [in the phone calls] with those he looks at as weaklings and weakest with the ones he ought to be tough with", a source told CNN.

Previous ads from the GOP anti-Trump organization have infuriated the President, who has dubbed members of the group as "losers".

"Erdogan took him to the cleaners", one source told CNN.

The calls, for which Trump was "consistently unprepared", caused some of his former top officials, including national security advisers H.R. McMaster and John Bolton, Defense Secretary James Mattis, Secretary of State Rex Tillerson and White House Chief of Staff John Kelly, as well as intelligence officials - to conclude that the president was often "delusional", sources told Bernstein.