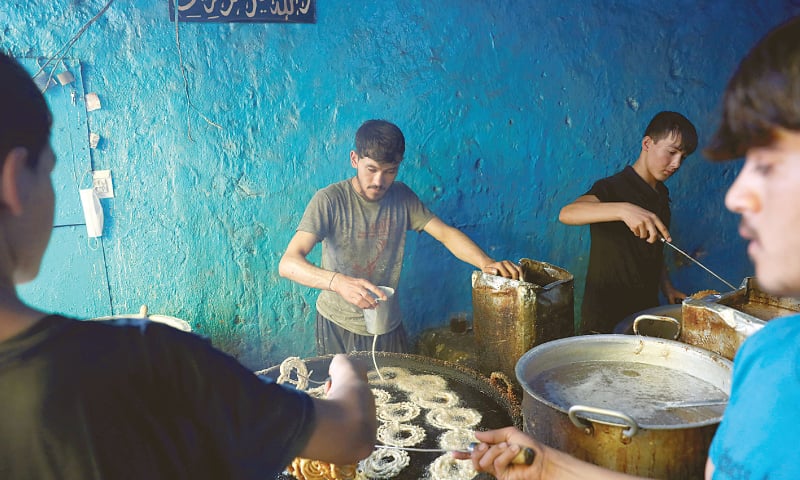 Under a deal signed by the Taliban and the U.S. in February, "intra-Afghan" talks were slated to start in March, but were delayed amid political infighting in Kabul and as a contentious prisoner exchange dragged on. CSTC-A said this has been "perhaps the most complex and challenging period in the last two decades" for the Afghan National Defense and Security Forces (ANDSF).

"In response to the Taliban ceasefire announcement, as well as a goodwill gesture and to accelerate the peace process, I order the release of 500 Taliban prisoners", stated Ghani. That route was, per the agreement, to be quickly paved with prisoner releases and talks starting March 10.

"The Taliban are adamant about their release, the only middle path is to get the Afghan government to hand these militants to the Taliban if they agree to put them in house arrest", a second diplomat in Kabul said on condition of anonymity.

Afghanistan's President Ashraf Ghani on Friday ordered the release of 500 Taliban prisoners as part of a new ceasefire that could lead into long-delayed peace talks.

The UN Assistance Mission in Afghanistan has blamed the Taliban for the bulk of civilian casualties during the first half of 2020. Just $5 a month.

"The Helmand governor said that it was worrying that the Taliban would not cut ties with al-Qaeda and other foreign fighters", Tolo reported on Friday, citing several officials who claimed that "there is a presence of Al Qaeda and other foreign fighters ranging from Disho district of Helmand towards some districts in Herat", an area spanning many miles.

The Taliban has denied responsibility for the attacks.

The contentious prisoner swap is a key precondition for the Taliban to enter into peace talks with the government for the first time in their 19-year insurgency and the halt in fighting is only the third official truce in almost the two decades. When asked if Taliban attacks on ANDSF violate the agreement, the U.S. Department of Defense (DOD) told SIGAR in late June "The assessment of Taliban compliance with the agreement is still under interagency review".

Nevertheless, a DOD assessment of violence in Afghanistan since the agreement, through June 1, said, "The Taliban is calibrating its use of violence to harass and undermine the ANDSF and [the Afghan government], but remain at a level it perceives is within the bounds of the agreement, probably to encourage a US troop withdrawal and set favorable conditions for a post-withdrawal Afghanistan".

The Taliban's gambit is working.

Ghani had indicated Tuesday that intra-Afghan negotiations with the Taliban were imminent.

He said other ideas put forward were releasing the prisoners without publicly announcing it, agreeing to release prisoners shortly after negotiations start, or persuading the Taliban to compromise on the most contentious 200 prisoners.