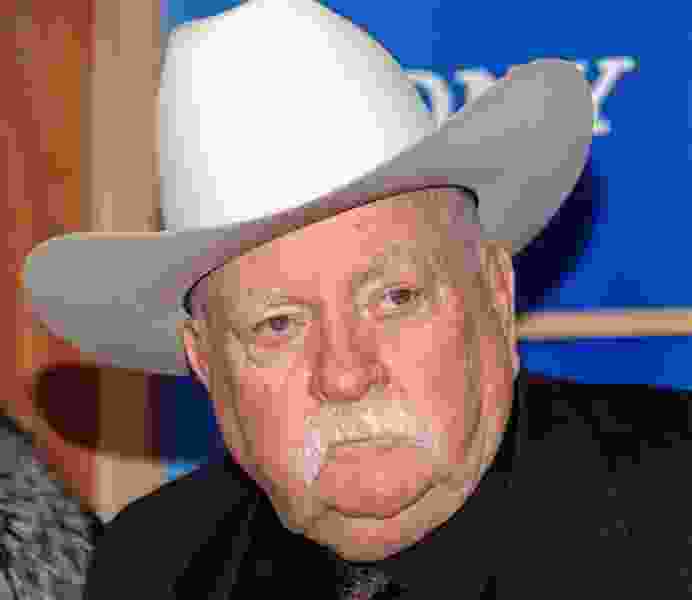 Wilford Brimley, who worked his way up from movie stunt rider to indelible character actor in films including "Cocoon" and "The Natural", has died. The actor was allegedly sick for days before succumbing to illness in his home on Saturday morning. He had been on dialysis and suffered multiple medical issues, she said. Brimley is best known for his role in Cocoon, where he was one of a group of older adults who discover aliens and gain youthful rejuvenation from them.

Famously, Wilford Brimley was known for his Quaker Oats ads.

Wilford Brimley has sadly passed away at the age of 85.

Barbara Hershey, who met Brimley on 1995's "Last of the Dogmen", called him "a wonderful man and actor".

Another memorable role came alongside Tom Cruise in the 1993 legal thriller, The Firm, where Brimley played a sinister security official for a law firm. His best friend, Oscar-winning actor Robert Duvall, urged him to give acting a go.

Wilford is survived by his wife Beverly and their three kids.

Brimley was a regular character on the 1970s television hit "The Waltons" and the next decade found himself again embedded on a hit show, "Our House". As a vocalist, he made albums including "This Time the Dream's On Me" and "Wilford Brimley with the Jeff Hamilton Trio".

Amazon closer to launching satellites to widen reach of internet

Tom Cruise's Space Movie Have A Budget Of 200$ Million