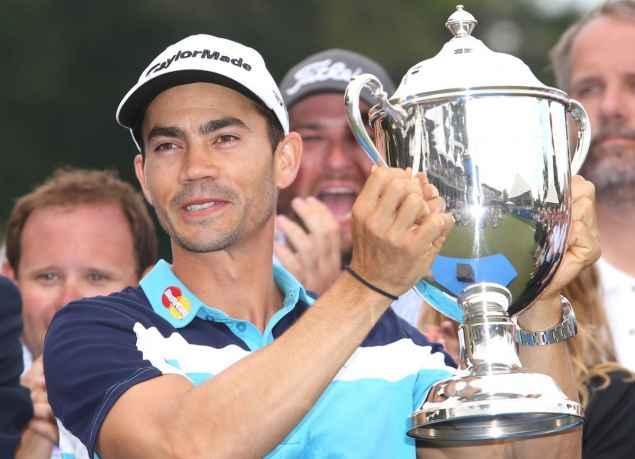 - Robert Streb birdied his last two holes on the Plantation course at Seal Island and matched his career low with a 9-under 63, giving him a two-shot lead over Camilo Villegas on Friday in the RSM Classic.

Villegas opened with back-to-back birdies and picked up another stroke at the seventh before his lone bogey at the 11th.

Even with no spectators and only limited corporate clients allowed, Johnson will feel an entire community behind.

Villegas added a bogey on the 13th, didn't make a birdie on the back nine and had to settle for a 70.

Burgoon had five birdies during a six-hole stretch of the back nine with the other hole (14) resulting in a bogey.

"Based on the amount of talent that lives here, based on the resumes that live here and having that course knowledge, it is a little bit surprising; I find it a little bit odd (that a local hasn't won the RSM)", said Johnson, a two-time major champion who has played on all 11 years of this tournament.

The second-ranked Kim shot a 6-under 64, birdieing Nos.

"She made a hole-in-one, we nearly one-shot lead", Kim said.

"When I got on the range and I saw a rainbow, hey, listen, here it is".

Streb was happy to plot his way round and keep the mistakes off his card, although he was scrambling hard over the early stages and managed to make pars at the first seven holes before pitching to inside three feet at the eighth to set up his first birdie of the day. The American dropped a stroke on the par-4 16th. "I only had a nine iron so I was able to be a little more aggressive to the pin". "So, I thought a 115 shot, just playing the front edge, would be enough to pitch it a few yards on and let it release. That's kind of my strategy, because I wasn't looking at the hole, but then it went in".

She left McDonald behind with the birdie spree. Just unfortunately, my speed got a little off, especially 16, 17, 18.

Top-ranked Jin Young Ko was tied for 28th at 2 over after a 69 in her first LPGA Tour event of the year.