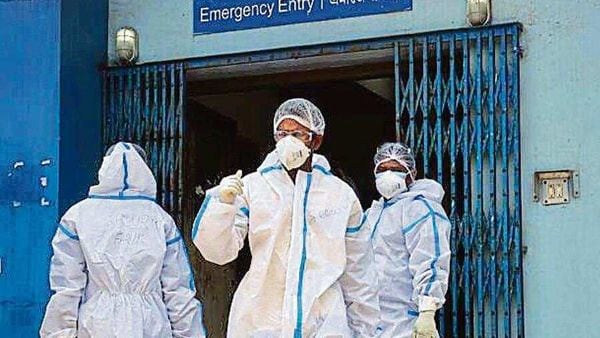 India on Sunday logged 45,209 new Covid-19 cases and 501 deaths in last 24 hours, according to the Union health ministry data. New cases reported increased by 18 percent over the previous day.

"At times when words alone don't do the trick, we have to get a bit tougher", chief minister Arvind Kejriwal told a news conference, also tweeting that the city of 20 million was on a "war footing".

Few people wear masks - particularly outside large cities - and in recent weeks shoppers have thronged markets in preparations for a series of religious festivals. There have always been concerns that the majority of cases were being missed in India, where only £1.50 is spent per person on healthcare, one of the lowest in the world.

First Warning Forecast: Showers tonight, plus Thanksgiving rain
Skies quickly turn partly to mostly sunny behind the departing rain, but temperatures only rise a few degrees to the mid-50s. Get out there and enjoy it if you can because clouds will be on the increase overnight tonight and into tomorrow.

Delhi recorded 7,486 fresh COVID-19 cases on Wednesday, taking the infection tally in the national capital to over five lakh, even as 131 new fatalities, the highest single-day death count till date, pushed the toll to 7,943. For the past three consecutive days, India had been reporting under 40,000 daily cases.

The university report said that mouthwash that contains at least 0.07 per cent of cetypyridinium chloride (CPC) showed "promising signs" of being able to kill SARS-CoV-2 when exposed in a lab.

In Delhi, nearly 500,000 people have been fined since June for not wearing masks, 370,000 for ignoring social distancing rules and 3,500 for spitting. The highest number of cases was reported on November 10 with 7,810 cases.

New Delhi said it was working to increase the number of beds in hospital intensive care units, as fears abound of a resurgence in COVID-19 cases.